Prof. Dr. Lumenta has been a Consultant Neurosurgeon at the INI – International Neuroscience Institute® in Hanover since  June 2018. He completed his medical studies in 1976 at the University of Bonn, Germany, with the state examination and holds a medical doctorate of the same University. Prof. Dr. Lumenta continued his residency programme as a specialist in Neurosurgery via the wards in Duisburg and Düsseldorf, as well as in the Department of Neurology at the Max Planck Institute for Brain Research in Köln-Merheim, Germany. Prof. Dr. Lumenta received the board certification in 1983 by the Ärztekammer Nordrhein. He was habilitated in 1985 at the Heinrich-Heine-University in Düsseldorf, Germany, appointed as temporary C2-Professor for neurosurgery in 1986 and as Associate Professor in 1992. In 1986 Prof. Dr. Lumenta received a pediatric neurosurgery fellowship at the Children’s Hospital and Brigham’s Women Hospital, Harvard Medical School, Boston, USA.

Prof. Dr. Lumenta is significantly involved in the national as well as international development of modern neurosurgery, especially in intraoperative neurophysiological monitoring, in clip technology in aneurysm surgery and in various dynamic and rigid fusion procedures in spine surgery. His focus is therefore on oncological and vascular neurosurgery as well as on complex spine surgery. Due to his recognized scientific work, Prof. Dr. med. Lumenta is often invited as speaker at numerous international scientific symposiums. He also conducted  numerous international training courses of the World Federation of Neurological Surgeons (WFNS) mainly in the section skull base surgery. In total, he has given more than 350 lectures worldwide. Prof. Dr. Lumenta has published 99 original works and 35 book contributions, as well as five published books. His H-index is 22 (Google Scholar) with 1389 citations.

Prof. Dr. Lumenta is also active as Consultant Neurosurgeon at the Isarklinikum in Munich. 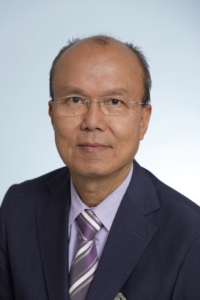