Prof. Dengler was Director of the Department of Neurology of Hannover Medical School (MHH) until 2015 and is still active in research and in academic committees.

He holds regular consultation hours in the INI outpatient clinic.

Medical studies at LMU Munich and TU Munich. MD thesis on pharmacological treatment of spasticity. Military services at the Bundeswehr Center-Hospital in Koblenz.  1977 Post Doc at the Department of Physiology of the TU Munich involving in experimental research in the field of neuromuscular disorders. In 1978 start of his training in neurology und clinical neurophysiology, thereafter  appointment as senior consultant and academic habilitation for neurology (Brainstem Reflexes) in the Department of Neurology of TU Munich. In 1986 sabbatical (DFG- sponsored) at the Physiological Institute of the University of

Alberta, Edmonton, Canada (experiments on the physiology of nerve and muscle in man).

In September 1989 appointment as full Professor of Neurology at the University of Bonn, Germany, and Vice-Chairman of the Department of Neurology. Head of the lab for clinical neurophysiology und of the section of physiotherapy.

Areas of personal research interest are neuromuscular disorders incl. motor neuron disease/ALS, central movement disorders and experimental and clinical neurophysiology. He was Principal Investigator in the DFG-sponsored Cluster of Excellence „Hearing for All“ until 2016. His list of publications comprises more than 300 articles. He is member of the Executive Board of „Clinical Neurophysiology“ (Elsevier) and was on the Editorial Board of  „Muscle and Nerve“ (Wiley) until recently. He was Associate Editor of Amyotrophic Lateral Sclerosis“ (Taylor and Francis) until 2012 and Editor in Chief of “Klinische Neurophysiologie” (Thieme) until 2016.

Prof. Dengler is a board certified Neurologist, and Clinical Geriatrist. He holds certificates for Electroencephalography (EEG), Electromyography (EMG) und evoked Potentiales (EP) of the DGKN. 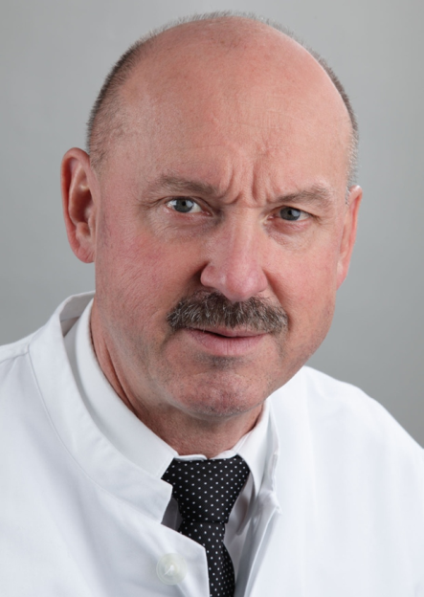